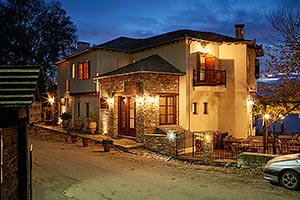 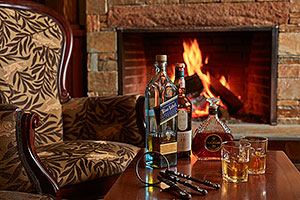 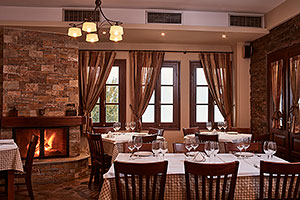 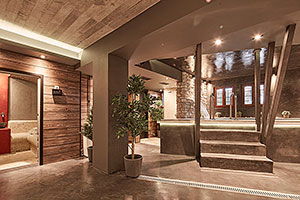 The Hotel complex Dryades consists of an 1860 manor house, which has been painstakingly converted into a luxurious guesthouse and the newly-built premises where the rustic touch of the wooden and stone constructions coexists with the modern. Fully renovated the Guesthouse Dryades has maintained its traditional characteristics and has been converted into 4 rooms with a fireplace, each having its own style.

All 18 rooms of Dryades Hotel are tastefully furnished offering all the modern amenities a discerning visitor should expect. Most of the rooms open to private balconies where the guest can enjoy a panoramic view of Pagasitikos Gulf. In the morning you will be treated to a hearty breakfast with local produce and home-made specialties. The open fire of the hotel living room creates a truly romantic atmosphere where you enjoy your drink or beverage while in the family-run restaurant you can sample the local home-made delicacies.

Dryades Hotel operates a Wellness Spa offering its guests a complete relaxation and wellness experience. Our spa has a heated indoor pool, a steam room and a sauna room that will refresh your body and mind and will give you a unique feeling of tranquillity.

The cosy setting of the hotel combined with the marvelous scenery make it a perfect place for extended stays and romantic getaways all year round. Just let yourself relax and you will be transferred to the mythical world of the Dryads: the fairies of the forest.

The lives of the dryads are connected with that of the trees; should the tree perish, then she dies with it. If this is caused by a mortal, the gods will punish him for that deed. The dryads themselves will also punish any thoughtless mortal who would somehow injure the trees.

There are many stories of dryads in myth and legend. One famous dryad was Eurydice, the beautiful but ill-fated wife of Orpheus. According to the tale, Eurydice was killed by a snake when she tried to escape from the unwelcome amorous advances of Aristaeus. The fact that a dryad such as Eurydice could die demonstrates the idea that these nymphs were not immortal. And indeed, the dryads were even more vulnerable, for it was believed that their lives depended on the health and well-being of the trees they inhabited. Other famous Dryads were Erato, Figalia and Tithorea.